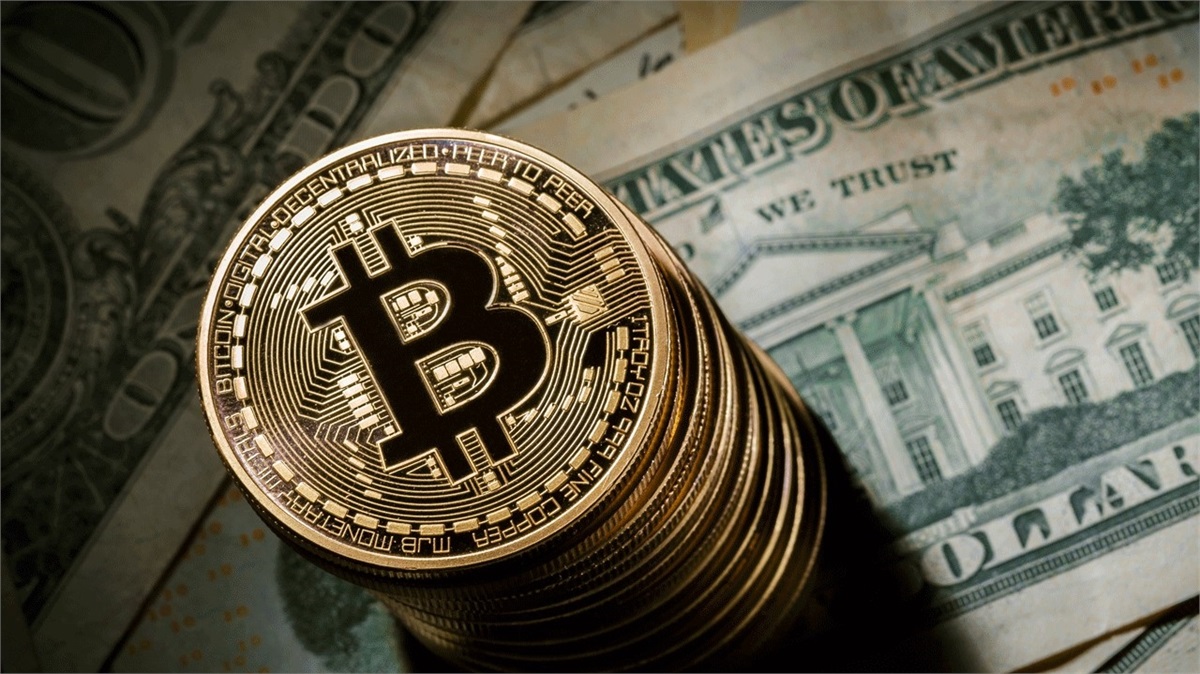 I was recently talking with some friends of mine and all they wanted to talk about was Bitcoin. Normally, as an investor you tend to get wary when everyone knows a “good trade”, or all want to get into one investment. This was popular in the .Com Bubble in 2000 when everyone wanted to invest in companies that were technology based or had .Com in their company name. In a similar way, we have seen companies change their names to include blockchain in it, for example BiOptix Inc changed their name to Riot Bitcoin and was up over 300% that month. Bitcoin has risen more in the last 18 months than any boom we’ve seen in decades, the chart below shows the Bitcoin rally compared to the Dow Jones Internet Composite in the 18 months before the bust of the .Com bubble. With the amount of questions we have received from clients about Bitcoin and other crypto-currencies, it’s hard not to wonder if we should invest and how. A brief history of Bitcoin, how it is “mined”, and where can you get it will help to answer a lot of these questions. 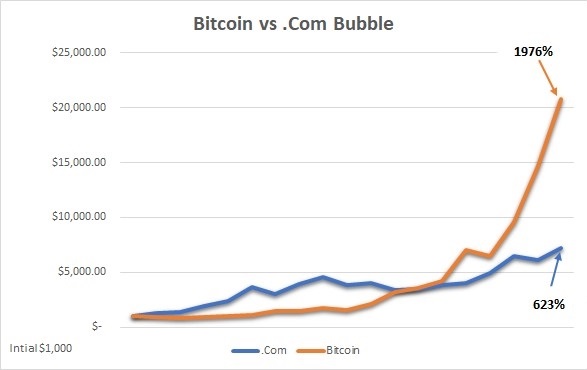 A Brief History of Bitcoin

Bitcoin came to into existence in 2009 when it was created by Satoshi Nakamoto and when he “mined” the reward was 50 Bitcoins. Since then a wide array of people have used Bitcoin to buy and sell things. Most of the early history was filled with transactions that were in the “Dark Web” or through the Black Market, which is all illegal goods and services. The “Dark Web” is the untraceable and completely anonymous and sometimes associated with the web version of the Black Market.  Bitcoin was ideal for this because it could not be tracked so neither the buyer nor the seller would be found through a transaction in Bitcoin. Since then there are more and more people starting to become interested in Bitcoin, and this has lead Bitcoin to become more popular. With this interest, it also has helped to move Bitcoin higher and the returns we are seeing today are much like the .Com Bubble, but on a much larger and more dangerous scale. 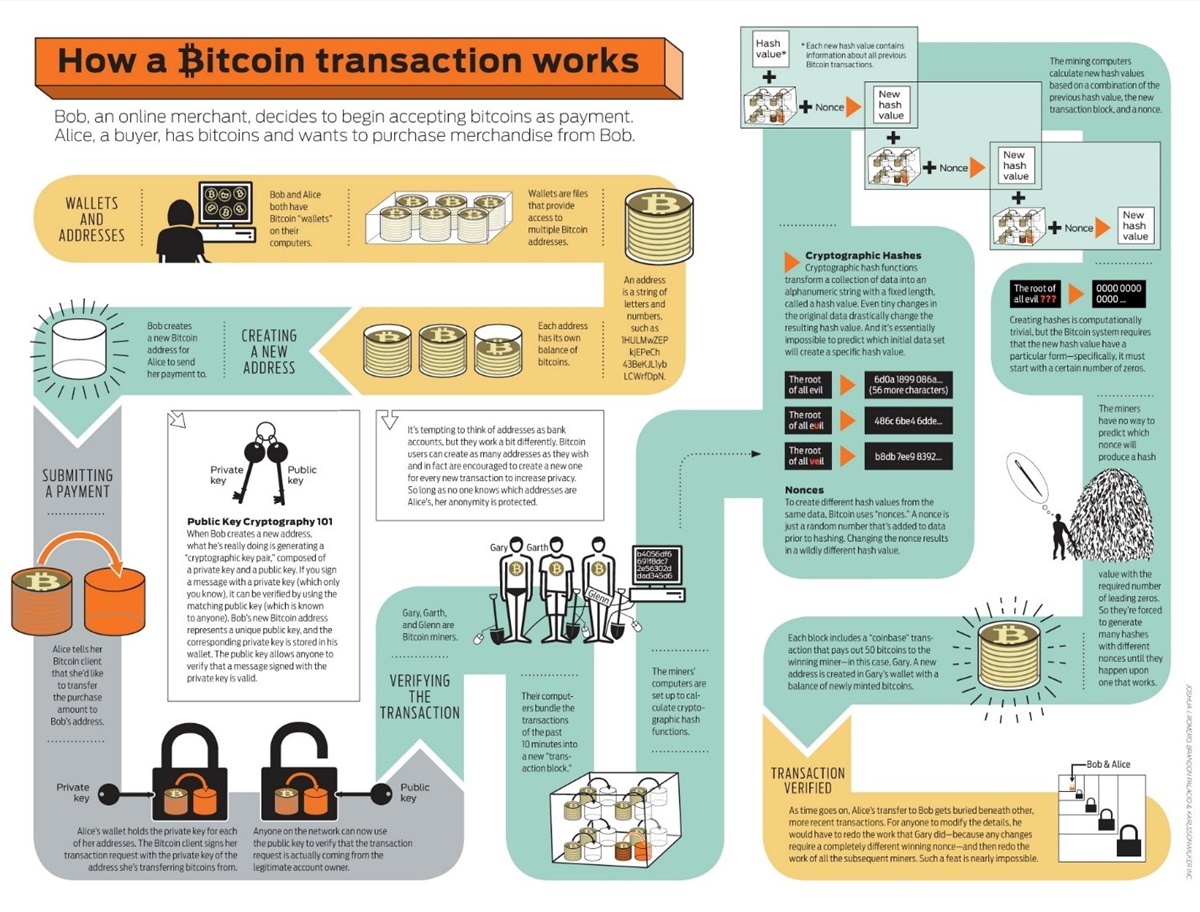 How can you get Bitcoin and How Does It Work?

In the early years there were only two ways to get Bitcoin, either through a currency exchange website or “mining” for it yourself. “Mining” for the bitcoin requires specific software, a hack proof platform, and access to the most up to date technology, all of which are extremely expensive. To own Bitcoin you must open a digital wallet and must keep the Bitcoins in the wallet until you purchase or exchange it. When two people have a transaction, it is put on a public ledger which allows everyone to see all transactions being made, but no identity is given. The quote below helps to explain how Bitcoin is created.

“By “mining”: New bitcoins can only be minted, or “mined,” by advanced Bitcoin users called miners; miners are given a complex mathematical puzzle, which they can only solve with the help of special mining software; once a miner believes he has solved a puzzle, a message goes out to the entire network; if other users agree, a new bitcoin is added to a public ledger; the successful miner is then awarded a bit of the new bitcoin for his trouble.”

The value of Bitcoin is based on the blockchain technology, which is a decentralized, open source database. The Ideas behind blockchain is to avoid a central bank and regulations. This allows for direct transactions from person to person without a bank or clearinghouse. The open source platform allows anyone to add things to the ledger, but it must be backed by your digital signature. The digital signature is made of both a public number and a private number. The public number allows people to see who the person is, while the private is intended to keep your money and identity safe.

As of early December, you can now use Futures to trade Bitcoin. Futures are a way that allows people to trade the moves in Bitcoin without owning it themselves. This has helped fuel this rally in Bitcoin, but the ultimate issue will be a limited supply and a complex way of creating Bitcoins. One major issue is that without any regulation there is more of a downside when the government does decide to limit what Bitcoin can be used for. Once there is a of limit what we can do with Bitcoins, it’s hard for it to gain any more value. With Bitcoin having a bad reputation of being used in the Black Market and “Dark Web” it can lead to the currency being open to more hackers who could possibly take all the bitcoin you have without leaving a trace. Hackers may not be able to hack the Blockchain yet, but hackers can easily hack the exchanges, banks, and other locations that do most of the Bitcoin exchanges. 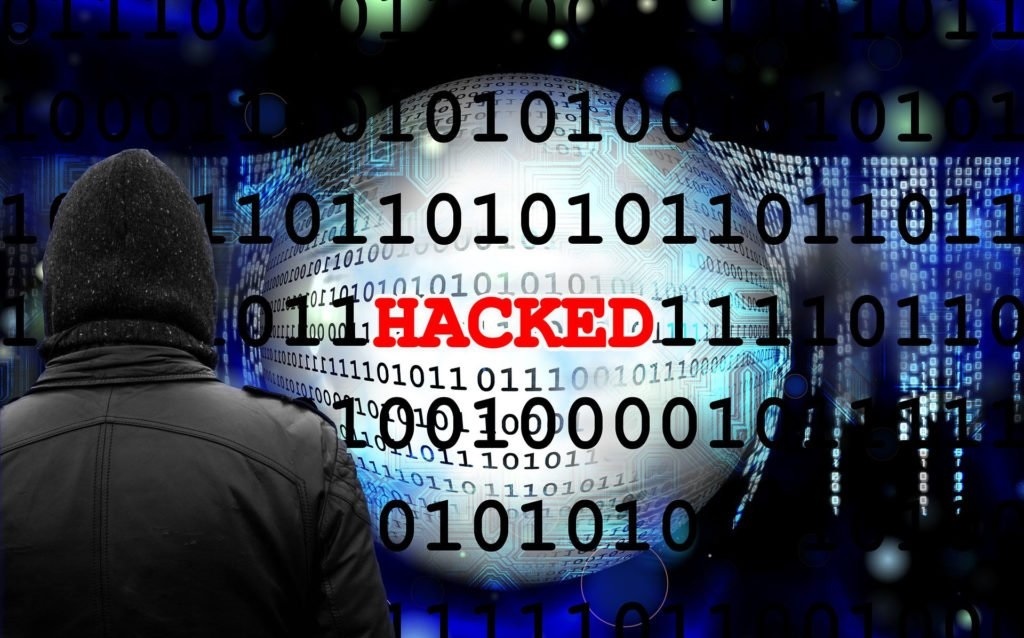 The Wild West of Currencies

Black Hat" hackers, money laundering and criminal activity is more commonplace because all transactions and identities are anonymous along the blockchain,  Bitcoin exchanges seem to be more susceptible to hackers and illicit activity than banks and other more established currency exhcanges.  In 2014, Tokyo based bitcoin exchange Mt. Gox lost $460 million worth of customers bitcoin and went out of business. in 2016 the cyberexchange DAO was hacked for $79 million and Bitfinex was hacked for $65 million.  Most recently Soel Korea based Youbit filed for bankruptcy last month after losing nearly a fifth of clients holdings in a cyber-attack.  Last year arrests were also made by Greek police for a $4 Billion money laundering scheme.  If you are  trying to make sure your funds are safe, it's probably best to stay away from the dark web, get up to speed on your computer code and do your due diligence.  But even storing Bitcoin on your hard drive could be an expensive endeavor. THe most recent news out of the UK tells of a man who is wanting to dig up a landfill site where he inadvertently threw away a hard drive containing $80 Million worth of Bitcoin.

Buying Bitcoin is more like speculating where you do not know what you’re investing in and just want the price to move higher or lower, and much like going to Las Vegas and betting all your money on one hand of blackjack. On the other hand, investing is when someone buys into something they know what it is, how it works, and understand what the outlook for it is going to be like moving forward. In the words of Warren Buffett, “Invest in what you know,” and “be fearful when others are greedy.” These two quotes relate well to the rally behind Bitcoin.

Franklin Wealth Management, a registered investment advisory firm in Hixson, Tennessee. In addition to advising clients since 2007, he has contributed to articles for Market Watch and FinancialPlanning.com and is a regular contributor to the Franklin Backstage Pass blog.