Coming Back Into Style 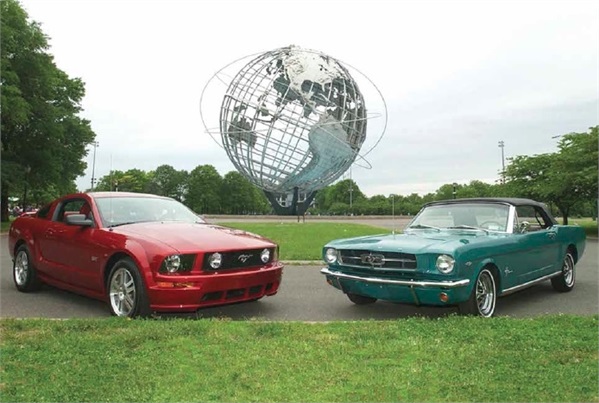 It's interesting to see how things go in and out of style.  It happens with cars, hairstyles, fashion and investments.  Many things that were popular many years ago become popular again, but things rarely repeat in exactly the same manner.  Of course, if things repeated exactly as they had in years gone by we would not be making progress.  We would just be re-living the past which most successful, future oriented individuals might enjoy but not appreciate as much as looking toward a brighter future.

When it first went on sale, the Ford Motor Company estimated just under 100,000 Mustangs would sell in the first year. But they were wrong.  It turns out the Mustang sold 418,000 cars in the first year alone, breaking all kinds of sales records and wildly surpassing everyone’s expectations for the new car. That original 100,000 sales target was surpassed in just three months. With a suggested retail price of just $2,368, virtually anyone could afford to buy it, whereas the more traditional, “purist” sports cars were far more expensive and less practical. The Mustang was about more than a low price, though. Lots of cars have come with low price tags through history, but few resonated with the public as much as this Ford did when it was introduced.  Going on sale in the summer of 1964,  the Mustang was an immediate hit with consumers because it offered so much style for the money.

Now, as this legendary pony car reaches its 50th anniversary, the full scope of its influence on America’s automotive landscape is being felt and celebrated from coast to coast. Many events were planned for 2014 by Mustang owners, enthusiasts, dealers and the Ford Motor Company itself, marking 50 years since the Mustang was first launched in 1964.

During the last 50 years the body style for the Mustang diverted from the classic 60's style for a while, but has come full circle in recent years to look and feel like what many car enthusiasts fell in love with originally.  Of course the cars are much more expensive and carry many technological updates, but the style is very similar.

Much like with cars, investment styles come in and out of favor as well.  In many respects the current markets remind us of mid 1940's when interest rates were extremely low and the economy was improving.  In other respects it reminds us of the late 1990's when the market started to heat up and individuals were increasingly becoming un-diversified.  This movement toward large company U.S. stocks and eventually technology / dot.coms toward the end had many people chasing performance and eventually suffering when their un-diversified portfolios went out of style, in some cases rather quickly.  We are working hard so that clients do not fall into this trap again.

This lack of diversification is further amplified when the media and even some company produced reports erroneously benchmark portfolios against less diversified indices.  What we have seen recently are a few reports benchmarking portfolios against solely U.S. investments, throwing out the rest of the world.  We want to emphasize that we want to stay diversified in U.S. and Non-U.S. stocks, bonds, REITs and other alternative investments.  Staying diversified may not always look the best in the short run, but tends to protect investors in the long run.

In the charts that follow, the benefits of diversification can clearly be seen.  Particularly when we look at mutual fund investment styles and asset classes, investors generally under-perform if they continuously invest in last year's best performing asset class.  If we were to look at 2014, this would be the S&P 500 on the following chart or REITs if you look at more detailed asset class breakdowns.  Those who invest in the worst performing asset classes from the previous year tend to get slightly better returns.  They do particularly well if they are able to invest close to the bottom, but this is easier said than done.  Those who maintain a balanced allocation at all times are rewarded with the best returns, based upon this study. 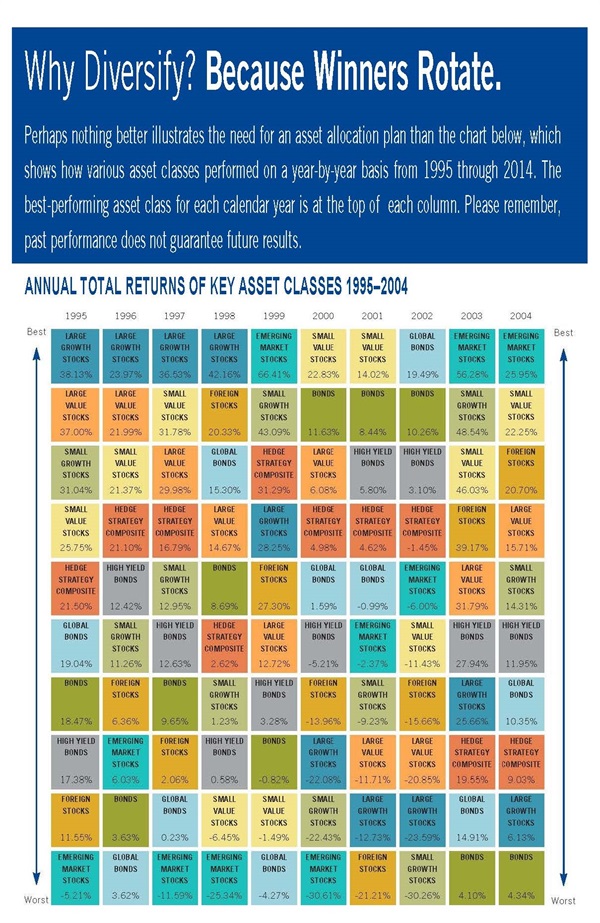 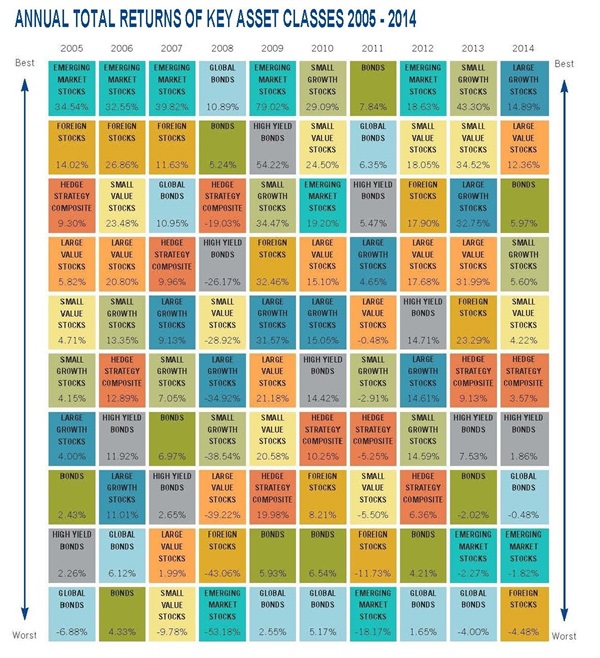 Other research shows that investing in stocks and other more aggressive investments during certain times of the year and paring back to cash or bonds during other times of the year produces similar to slightly better returns with less risk than staying fully invested in stocks during the entire year.  This is known as the Halloween Effect, Seasonal Investing or the "Sell in May" approach.  The last fifteen years has seen this approach gain popularity as it has worked particularly well, although not near as well in 2013/2014 when the markets marched consistently upward.

Some analysts have found that certain sectors tend to outperform in specific periods in the economic cycle.  They generally point to financial and technology stocks doing best at the start of an economic expansion as companies increase their borrowing and implement productivity enhancements.  Consumers take over later, spending more on discretionary items, materials and energy.  As the economy starts to wane, investments that are needed by all regardless of how they feel or how profitable they are tend to hold up best.  Health care stood out last year as the hot sector while energy and commodities were weakest.  It's hard to tell where we are on the sector rotation wheel because the U.S. is clearly still in economic expansion while the rest of the world is contracting or coming out of the contraction phase.  The markets have also been impacted significantly over the last few years by actions from the Federal Reserve and other central banks around the world.  The sector rotation wheel is an interesting concept, nonetheless. 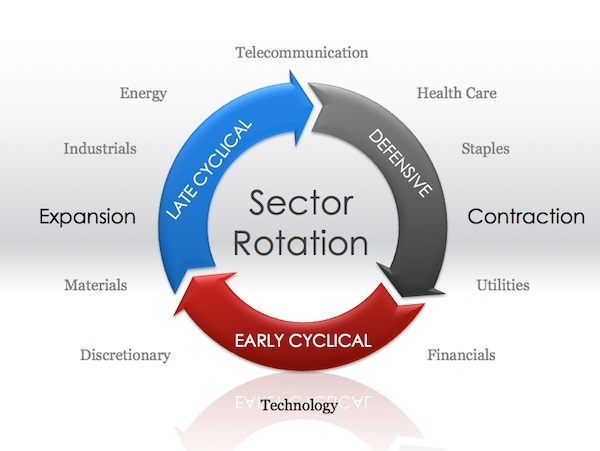 On a day-to-day basis, March was extremely volatile, with big swings in either direction. Despite the extreme volatility throughout the month, the Dow finished with a decline of only -1.9%, which was pretty much in line with the S&P 500 -1.7%.  Small and mid size companies continued to outperform in March as they have all year and non-U.S. companies have continued to outperform U.S. companies in 2015 (the opposite of what we saw in 2014).  If we look back six months, small and mid size companies were doing rather poorly.  If we look back three months, non-US companies were doing rather poorly.  The lesson here is that by staying diversified we can benefit when these types of investments come back into style and we can always have something blooming in our investment garden.

Another oddity that started in February, but ended in March, was that the S&P 500 went 28 consecutive trading days without back-to-back gains. The streak started on February 17 and ended on March 30. According to Bespoke Investment Group, the feat is extremely rare, happening only twice since World War II. The last two occurrences were in May 1970 and April 1994. To provide a bigger sample data, Bespoke looked at periods of at least 25 days without consecutive up days and found the market to be up an average of 2.8% one month later.

Unfortunately the Dow Transportation average has been lagging. It is currently near the bottom of a six month trading range and does not look to be improving.  It should be noted that the Transports topped out in mid-July back in 2007, ahead of the S&P 500, which reached its highs of the cycle in early October.  It also gave ample warning prior to the peak of the Dotcom boom topping out in May of  1999.

We continue to hold a relatively high equity allocation in our models as the small to midsize companies  and Non-U.S. investments march forward.  We may start paring back over the next few weeks if we continue to see weakness in certain areas, however. 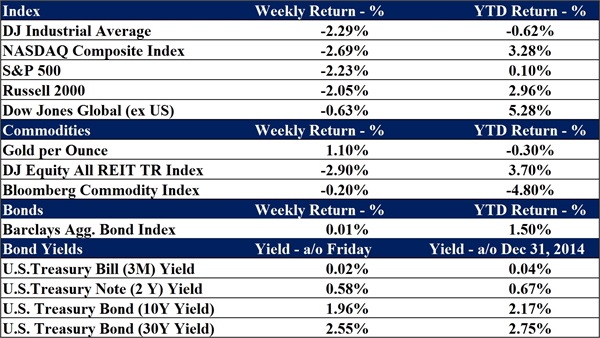