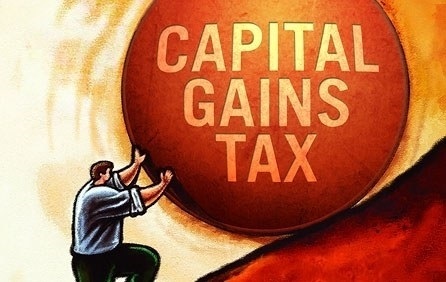 They show up like uninvited guests, usually in early or mid - December and eat up our profits. They are one of the worst aspects of owning mutual funds.

Funds might sell appreciated securities for a variety of reasons. Perhaps a stock hit management's sell target--not out of the question, given the ongoing strength in the market in 2014--or a new manager came aboard and wanted to change up the portfolio. Or perhaps management had to liquidate positions to pay off departing shareholders.

Whatever the trigger, if funds have unloaded appreciated securities during the year, they have to distribute those capital gains to shareholders. If the shareholder owns the fund in a tax-deferred account, the distribution is a non-event from a tax standpoint. But if the investor owns the fund in a taxable account, he or she will owe capital gains taxes on the distribution. Those taxes will be due, unfortunately, regardless of whether those gains were reinvested right back into the portfolio and even if the investor didn't sell a single share.

Say, for example, an investor has a $100,000 stake in a mutual fund that makes a distribution equivalent to 12% of its net asset value. If the investor is in the 25% income tax bracket, he or she will owe 15% in capital gains on that $12,000 distribution, or $1,800. Of course, a distribution in excess of 10% of NAV doesn't come around every day. But in late 2014, five years into the current bull market, a number of funds, some of them prominent, are poised to pay out capital gains distributions in that ballpark.

Even for investors in IRAs and Roth IRAs we want to note that prices of the funds will drop on the Ex-Dividend date. This causes accounts to briefly look like they are losing value. These dividends and capital gains show back up on the payable date which is usually just a few days later. We seem to get calls about this every year and we think it is a good idea for investors to know what is happening and what to expect. For this reason we have included some links to view several of these upcoming distributions so that investors are not surprised. We took a look at capital gains estimates from a number of funds. For each family, we've highlighted those funds whose distributions are around, or in excess of, 10% of NAV. (Note that these figures are all estimates; the actual percentage of NAV distributed will vary.) Many funds are set to pay out smaller distributions, however. 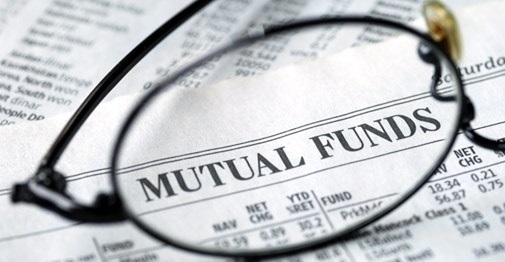 Please click on the names of the funds and the fund families to go to the fund family end of year capital gains distribution pages and pull up reports on the individual funds:

Franklin Templeton also lists its funds' estimated capital gain distributions as a percentage of assets in ranges.(The final percentage will vary based on the fund's net asset value at the time of distribution.) A couple of the more widely held funds Mutual Global Discovery (MDISX) and Templeton Global Bond (TGBAX) will be paying 2.5% to 5% and 1.5% to 4% respectively. The record date for these two funds are December 18th and December 12th. In both cases the value of the funds may look like it drops by up to 5% on this date, but will be recovered when the capital gain is reinvested.

Following the departure of longtime manager Bill Gross, PIMCO Total Return (PTTAX) saw the fund world's largest outflows ever in a single month, $32.3 billion, in October 2014. Yet, because most of Total Return's gains come in the form of income, which is distributed to shareholders shortly after it is received by the fund, the fund is poised to pay out a minimal capital gain. Pimco Income Fund's (PONPX) capital gain distribution looks to be negligible because it is also paying out distributions more frequently. The firm's biggest capital gains distributions will come from a handful of its StocksPLUS products: StocksPLUS(PSPAX), StocksPLUS Absolute Return (PTOAX), and StocksPLUS AR Short Strategy (PSSAX), all of which are estimating distributions of more than 15% of NAV. The record date for most all the Pimco Funds is December 9th while the payable date is December 10th which will probably show up as a reinvestment in client accounts on December 15th.

A handful of Fidelity funds are estimating capital gains distributions in excess of 10% of NAV, including International Small Cap (FISMX) (13.14% of NAV), China Region (FHKCX) (12.25%), and Capital Appreciation (FDCAX) (10.13%). Some of the firm's smaller Select funds are also anticipating capital gains distributions in excess of 10% of NAV, including Select Consumer Finance (FSVLX) (12.34% of NAV) and Select Environmental and Energy Portfolio (FSLEX) (12.02%). Fidelity Contrafund (FCNTX), the firm's largest offering, has an estimated capital gains payout of just shy of 6% of its NAV. Fidelity New Insights(FINSX), the smaller, more flexible version of Fidelity Contrafund is set to pay out a little over 7% and Fidelity Adv. Emerging Markets Bond (FMKIX)has a capital gain which is less than 1%. These last two funds have record dates of December 12th and 26th respectively. (Fidelity is one of the only large fund shops that doesn't depict its capital gains estimates as a percentage of NAV, so you'll need to whip out your calculator to determine an estimate in percentage terms.)

Blackrock also lists its funds' estimated capital gain distributions as a percentage of assets in ranges. The High Yield Bond Fund (BHYIX) should pay between 1% and 3% to holders of record on December 19th. Again the value of fund may look like it drops by up to 3% on this date, but will be recovered when the capital gain is reinvested.

Outside of the Oppenheimer Developing Markets Fund (ODVYX) which is paying 1.49% to holders of record as of December 5th, not many Oppenheimer funds have given us estimates for the upcoming capital gains. This information may be forthcoming as the month unfolds.

Columbia Dividend Opportunity (CDOZX) is paying one of the highest capital gain distributions of any of these funds listed herein. It is set to pay up to 13.5% to those who hold the fund as of December 15th, 2014. If you hold this fund in a taxable account and are concerned about these taxes or do not have offsets for this you may want to contact your financial advisor to look at a more tax-efficient option. Of course, holding this fund in an IRA, Roth IRA or 401k will have little to no impact upon you from a tax perspective. Just be prepared to see the value of the fund drop by up to 13.5% on December 15th up until the capital gain gets reinvested a few days later.

In IRA and Roth IRA accounts capital gains distributions are not much of an issue. For taxable accounts, investors' best tack is to know what sorts of distributions are coming so that they can try to reduce the tax impact. Finding losers elsewhere is advised; selling those positions can offset the capital gain distributions. The large number of funds making capital gains distributions in 2014 accentuates the value of asset location--making sure that you're placing tax-efficient assets inside of your taxable accounts and reserving less-tax-friendly ones for your tax-sheltered wrappers. The recent round of distributions argues that if investors want to help protect against unwanted distributions, their best defense will be more tax efficient funds and tax free funds. Feel free to give us a call if you would like to be able to develop a more tax efficient portfolio. 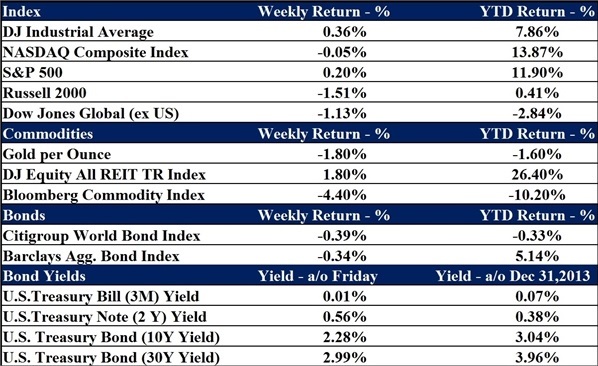 Important Disclosure Information for the "Backstage Pass" Blog Please remember that past performance may not be indicative of future results. Different types of investments involve varying degrees of risk, and there can be no assurance that the future performance of any specific investment, investment strategy, or product (including the investments and/or investment strategies recommended or undertaken by Franklin Wealth Management), or any non-investment related content, made reference to directly or indirectly in this blog will be profitable, equal any corresponding indicated historical performance level(s), be suitable for your portfolio or individual situation, or prove successful. Due to various factors, including changing market conditions and/or applicable laws, the content may no longer be reflective of current opinions or positions. Moreover, you should not assume that any discussion or information contained in this blog serves as the receipt of, or as a substitute for, personalized investment advice from Franklin Wealth Management. To the extent that a reader has any questions regarding the applicability of any specific issue discussed above to his/her individual situation, he/she is encouraged to consult with the professional advisor of his/her choosing. Franklin Wealth Management is neither a law firm nor a certified public accounting firm and no portion of the blog content should be construed as legal or accounting advice. A copy of Franklin Wealth Management’s current written disclosure statement discussing our advisory services and fees is available for review upon request.