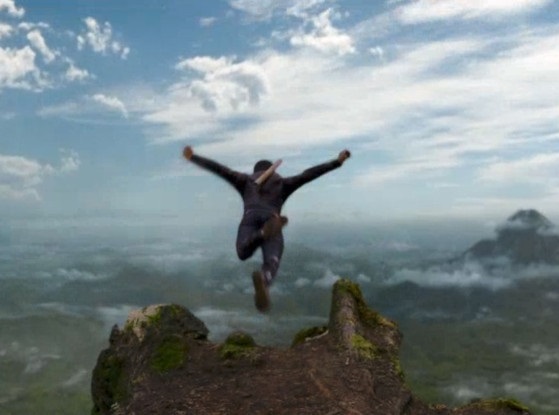 "The future is not ours to know. But it helps to know that being wrong is inevitable and normal, not some terrible tragedy, not some awful failing in reasoning, not even bad luck in most instances. Being wrong comes with the franchise of an activity whose outcome depends on an unknown future "

Last month we noted in our half time report that it had been almost four years since we had seen a correction of 10% or more in the markets.  We have been noting that an old but healthy market can grow unhealthy in a hurry.  Many investors had been thinking that they wanted to take more risk because it always seems that the market is invulnerable just before the chinks in the armor become painfully evident.  It always seems the crowd is making the same mistakes and becomes overly emotional at the extremes.

The health of the market has gotten considerably worse the last few weeks. In the US, both the Dow and smaller companies have turned sharply lower, moving below key averages that we follow.  Year to date through the end of last week the Dow is down 7.65% with the other indices (ex. Dow Transports) holding up slightly better.  New lows on the New York Stock Exchange since late June significantly outweigh new highs.  Currently our shift to get more conservative in late April has proven a good one.  Of course we may wish we had gotten more conservative as always when the market is weak or stayed more aggressive when markets continue to improve.  In any event, the prudent course is to lighten up on the most speculative holdings during more volatile times, as we have done again this year.

The current concerns over slackening demand and devaluing currencies in Asia are showing.  Disney is down 12.37%, Exxon 10.37%, the Hang Seng Index 14.74%, and Commodities 13.1% since the end of June.   We have just reached a 13 year low in commodity prices, even surpassing the low in 2008, and oil prices have been dropping now for eight weeks in a row.  We currently have very little exposure to commodities.  Some of our models that benefited from REIT exposure last year have suffered somewhat because of this more recently.  We have increased our MLP exposure as energy prices and the prices of the MLPs have dropped.  So far it looks like we were a little early to the party in this case.  Is the commodity slide over?  Will the dollar continue to strengthen and oil prices continue to drop indefinitely?  Time will tell.

RATES AND THE MARKET

When the stock market was locked in a trading range, market participants were focused on the Federal Reserve’s September meeting. Many expected the Fed to raise rates for the first time since 2006, but all is not certain, especially with most indices hitting new lows. In late July, U.S. jobless claims fell to its lowest level since 1973, a sign that the labor market was making significant strides. Since then, however, economic data and second quarter earnings have been mixed and the markets have taken it on the chin. In a highly unusual occurrence, Fed officials have publicly debated the rate hike over the last month. One of the most important unknown factors is “What will happen to the stock market if and when the Federal Reserve starts raising interest rates?" The answer using conventional wisdom is that the stock market would start heading lower. The problem with that analysis is that conventional wisdom rarely works when it comes to predicting the stock market. The last time the Fed started to raise rates was on June 1, 2004 with the Fed funds rate at 1%. Over the next 25 months they raised the Federal funds rate to 5.25% by July 1, 2006. During this time frame of rising rates the S&P 500 gained 17.70%, the Dow 14.43%, Nasdaq 9.60% and the Russell 2000 plus 28.44%. In this instance rising rates had no quantifiable negative effect on stock prices. 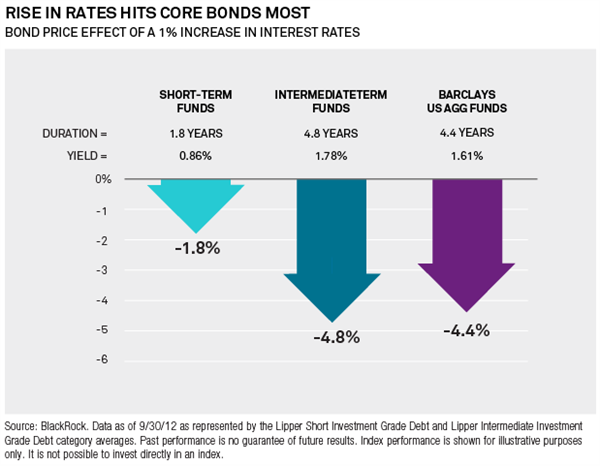 European central bank action should allow the Eurozone to experience asset revaluations much like we saw in the U.S. starting in 2009.  As we have expressed earlier this year, we feel there is much more room for improvement in Europe than domestically and valuations are close to 30 year lows when comparing to companies in the United States.

We have noticed recently that U.S. company insiders (particularly CEOs and CFOs) have been buying less of their company stock than any time since late 2007.  Typically this is a sign that they feel the shares are more richly valued than they should be or the companies may be experiencing hard times.  Two sectors have been seeing more insider purchases, however.  These include the financial sector and the energy sector.  We have seen quite a few purchases from CEOs of small banks and alternative lenders.  We have also seen the purchases from CEOs of many energy companies increase markedly recently.

If you take the time to read the earnings releases and conference call transcripts of some of the leading publicly traded private equity firms you will find another common thread.  They all seem to have taken a hit on energy investments over the last quarter and all believed as of the end of June that prices could go lower in the short term (as has happened).   Josh Harris at Apollo and David Rubenstein at Carlyle both noted that they believe that the long term outlook in energy is very bright.  Mr. Rubenstein even went so far as to say that energy represents "the best investment in the world, right now."

A few months back  (when energy prices came down the first time) we increased our exposure to Master Limited Partnerships (MLPs) in the MF Models.  These MLPs are now 28% off their all time highs (including dividends) and down 17% year to date.  The only year we have ever seen a worse selloff would be in 2008.

These companies, particularly the pipelines and tankers, make money based upon the volume of oil and gas transported which has very little to do with the price of oil.  Since we increased our exposure, MLP prices have continued to fall but their dividends have increased 7.8% on average over the last year.  This growth in the distributions is slightly higher than the average of 7.4% over the last ten years.  The yield on the Alerian MLP index now exceeds 7% which is quite a bit higher than what we can find from most bonds.  So if we were to assume just half of the growth in dividend yield from the last ten years (3.7%) and add this to the current yield, someone might expect a return of over 10% from an income producing investment. Prior to this year, MLPs exhibited good price stability as well.  Volatility in the sector was roughly half of the U.S. stock markets before the price of oil collapsed a few months back. 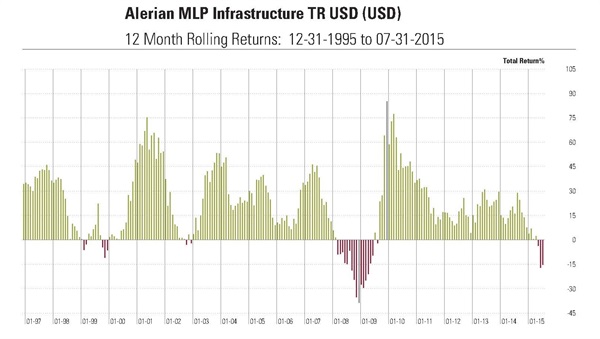 We pulled research showing the total return of the Alerian MLP index over the last 19 years.  If you study the chart below, any time the index showed a negative return over the previous 12 month period, the next twelve months averaged 31.6%.  The last time the index was down over 15% from the previous 12 months, it was up 23.5% over the next 12 months and up over 65% within 15 months.  Furthermore, the worst 12 months for the index ended in December 2008 and was followed by the best 12 months, returning over 85%.  Of course past performance will not always tell us exactly what is going to happen in the future, but it can provide guidelines.

In reading what Jeffery Saut of Raymond James had to say earlier this week, I found it interesting that he was calling a bottom in Energy prices.  He called the bottom earlier this year, so it seems he may be calling a double bottom now.  Usually markets go through a bottoming process that looks more like a W, with U shaped bottoms and V shaped bottoms occurring less frequently.  Some of his thoughts are included below.

"I was attacked last week about my March “call” that crude oil had bottomed. The reason for the attack was because the August crude oil futures contract nudged below last March’s intraday low of $42.03 per barrel by tagging $41.35 on an intraday basis last Friday. Despite that “undercut low” (below the March low) I am still of the belief oil is bottoming...

As stated, I continue to think oil is in a bottoming phase. In fact, the stocks in the energy sector are extremely oversold. "

As we have noted before, we are currently in a more cautious state.  Our concern in getting more cautious is making sure we don't get out of more risky types of investments and into what we think is a "conservative" investment (investment grade bonds) where we are almost guaranteed to get a poor return if not a negative return. We were too early in buying global investments last year, but these have proven to be some of our best performers year to date.  Likewise we were too early in increasing our MLP exposure.  Whereas I'm reticent to call a bottom like Jeffrey Saut or make a call for $70 a barrel oil by the end of the year like Mr. Pickens, we believe that the future is bright in this area. 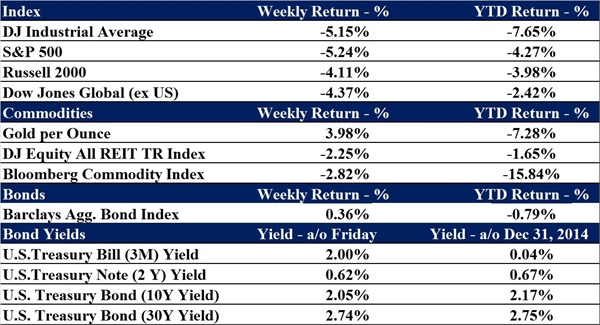