Should We Be Buying Deflated Mutual Funds? 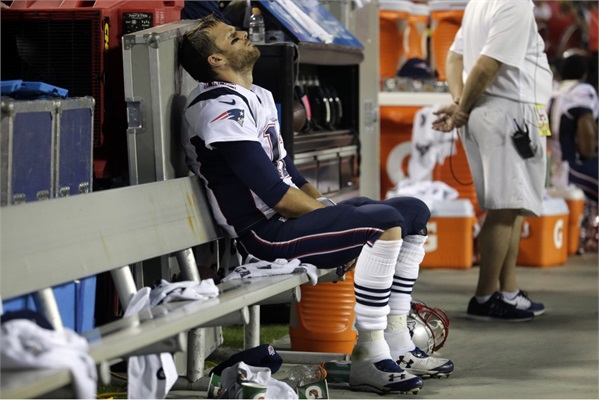 What a difference a few months can make.  Tom Brady against the Chiefs early in the 2014 season.

After winning their fourth Super Bowl, Patriots coach Bill Belichick and quarterback Tom Brady reminisced on the 2014 championship season and pointed to the loss against the Kansas City Chiefs as the turning point for their team.   It was September 29th and the Patriots had just been dismantled by the Chiefs in an ugly 41 to 14 loss.  This left the team with 2 wins and 2 losses with all signs pointing to more losses given how the media treated the quarterback and his team.

Brady was pulled from the game in the second half after throwing an interception for a touchdown which added to an already lopsided loss for his team.   After it was all said and done Brady had thrown two interceptions and also lost a costly fumble in the game, one Monday night early in the season.   Brady started the season with a 59% pass completion percentage, the worst in his career and many were saying that he and the Patriots were finished. Was it time for Brady to retire?

Fast forward four months and Tom is now a three time Super Bowl MVP, has won four and is being proclaimed as the best quarterback ever to play the game.  But what is the key difference between Brady from late September and the Brady in the Super Bowl?

The Patriots had the same team with the exception of a few pickups and drops here and there.  They had the same coach and the same process throughout the season.  The difference is that everything just happened to come together at the right time. 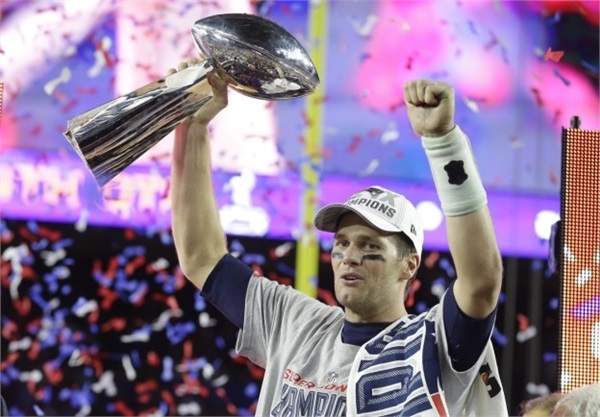 The last twelve months we can say that our mutual fund models have performed much like Tom Brady did early in the 2014 season.  Although we are intentionally taking less risk than those who commit everything to equities, we admit to being too defensive given our risk targets.  We want to consistently outdo our benchmarks while maintaining less risk over a long time frame.

The benchmarks that we use as a base for our mutual fund models are the Morningstar Target Risk Benchmarks.  During times when stocks are doing well it seems that many want to get more aggressive while those times that markets suffer, they want to become more conservative.  Like Warren Buffett, we are inclined to act contrary to this.  We want to be more cautious when everyone is euphoric and more aggressive when everyone is panic stricken.  The last couple of years have not given us many panic induced opportunities and the average investor currently seems to want to abandon a disciplined diversified strategy and plow everything into the largest U.S. Stocks.

We have maintained that we want to stay diversified.  That said, we feel we were still too conservative recently.  We also made some choices that worked against us, either because we bought too early or committed funds just in time for certain mutual funds to falter.

Those who wish to be more tactical may want to look at the Stock/ETF models, adjusting more aggressively to gain upside and maintain that aggressiveness even when it may strategically make sense to move to a more defensive posture.   Most are wanting to assume more risk as the markets move higher.  Will 2015 be the year when the more strategic approach of our mutual fund models outdoes our stock models?  Time will tell. 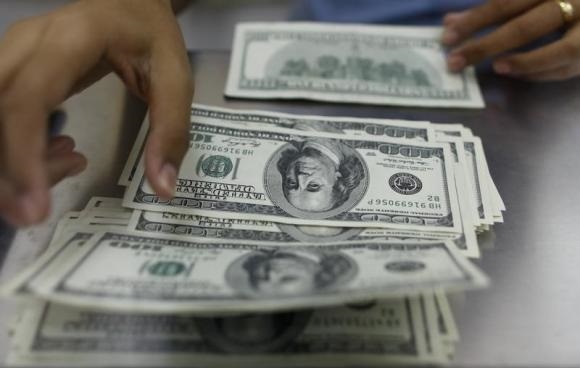 Outside of being more conservative recently.  Three things worked against our mutual fund strategy in 2014.

1)  The strong dollar worked against portfolios diversified overseas.   Anything not invested in the U.S. under-performed and mostly lost ground in 2014.

We maintain that company valuations overseas are much more attractive than they are within our borders.  We do not want to rid our garden of tulips just because they failed to bloom last year.  We have maintained overseas exposure but pared back on those funds that do not have strategies in place to hedge against further strengthening of the U.S. dollar.  It is interesting to note that the Dow Jones Global (ex U.S.) index is up approximately 1.5% for the past month while all the U.S. indices we follow were down.

2)  We became more concentrated in certain funds and fund families than we should have in 2014.

If a certain fund or fund family goes through a rough patch we want to be sure to have enough diversity to compensate.  No mutual funds currently make up more than 10% of our models and no mutual fund families now represent more than 20%.

3)  We were overweight the energy sector and maintained our position throughout the fall and recent rebound in energy prices.

We currently feel that this may be one of the best opportunities to buy energy and energy related stocks since 2009 and for a long time to come.  I would encourage those who have the urge to sell funds with great track records that are currently under-performing to read  Investing in the Rear View Mirror  from November of 2014.

Below is a chart showing the Morningstar Target Risk indices. These are globally based benchmarks which comprise of stocks, bonds and inflation hedges to differing degrees based upon what risk levels are assumed. Those who wish to be invested most heavily in stocks would of course be taking on the highest risk levels like those of the aggressive index. That said, both U.S. and Non U.S stocks are included in the benchmark. Last month, we wrote a piece entitled Something we can learn from the French.  I would encourage everyone to read and learn or relearn how diversification benefits a portfolio over time. 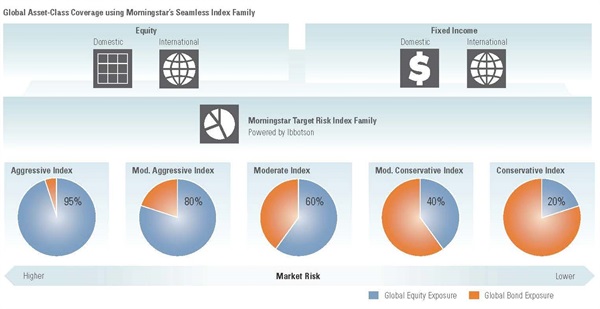 “The other boys at Yale came from wealthy families, and none of them were investing outside the United States, and I thought, ‘That is very egotistical. Why be so shortsighted or near-sighted as to focus only on America? Shouldn’t you be more open-minded?‘” 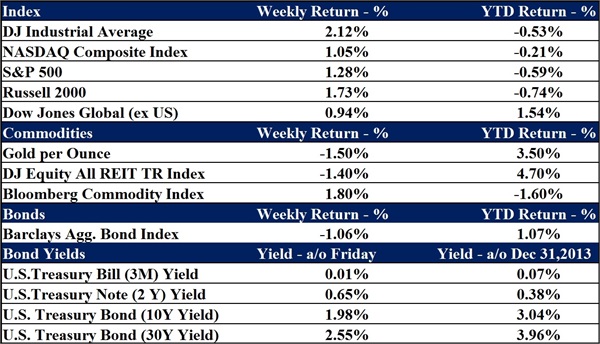