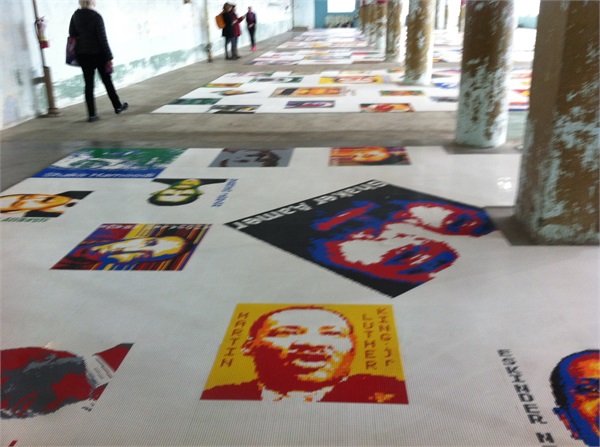 If you were to create a list of Americans who’ve had great influence on our country during the past 100 years, it would not be complete without the name Dr. Martin Luther King, Jr. While he’s best remembered for fighting for civil rights for African Americans, Dr. King also adhered to the idea revolutions can be fought without violence.

Remaining committed to peaceful resistance and non-violent protest – particularly in the face of hostility and aggression – requires tremendous courage. Just a few days after the Voting Rights Act of 1965, rioting erupted in Watts. The Economist reported:

“Addressing a crowd from a small platform in the burned-out heart of Watts, he spoke over the hecklers: “All over America, Negroes must join hands and...” “And burn!” shouted a young man near him. “...And work together in a creative way,” King persisted. In the end, he won over the crowd.”

Dr. King showed us conviction, courage, and discipline can change the world.

This past weekend while visiting Alcatraz on our twelfth wedding anniversary trip we had a chance to view the artwork of Ai Weiwei.  He is a Chinese contemporary artist and activist who has been making a stand for human rights, particularly in China.  His artwork here is done with Legos (we thought our kids would really like that).  He has depicted hundreds of faces of those who have fought for human rights all over the world.  Above is Martin Luther King Jr. and a handful of others.

We find these attributes are pretty important when it comes to investing, too. That’s why we follow a disciplined investment process. While we monitor economic and market developments closely, we don’t let the noise of day-to-day events determine our actions. If you have any questions about our process, please give us a call.