Where are the Buyers? 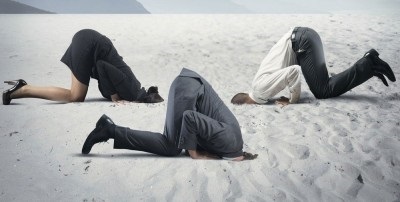 There are plenty of Sellers out there who are concerned about the upcoming election, trade wars, rising interest rates and the like.  As one market commentator put it last week,

"The perfect storm was caused by a trifecta of news. First, China wanted to hurt the U.S., defend its currency (the renminbi), and boost its economy. As previously stated, China can do this with one maneuver. Sell Treasuries, which raises interest rates in the U.S., hurting the consumer and potentially hurting President Trump right in front of the mid-term elections. When they sell Treasuries, they receive U.S. dollars that can be used to buy renminbi and support their currency. They flush the purchased renminbi into their economy and presto, it hopefully juices it up. Second, the Fed is raising interest rates for multiple reasons. The economy is strong and the Fed is attempting to get to a “neutral rate” in case the economy softens, so they will have some room to lower rates to stave off a recession. And three, did you notice how the equity markets turned sloppy when the “nose counters” said there is near a 100% probability the Democrats will take the House of Representatives?"

Here are some cold hard facts:

We have been here before…remember 2016?  No?  Well thankfully I wrote a blog called “Did You Lose Your Head This January?".

Today it’s at 2,719…after this horrible October.

WHEN WILL WE GAIN MORE CERTAINTY?

After the Election on Tuesday we will know which party will hold the majority of the House and the Senate.  The buyers who have been noticeably absent will be able to take positions accordingly to benefit from any potential changing of the guard.  China also has less reason to sell Treasuries and cause a spike in interest rates.  The Federal Reserve is also less likely to raise rates in the midst of market weakness, although it seems the current Fed. Chair may not be as concerned about these factors.

It is likely a scenario will unfold similar to what we saw during the 2016 Presidential Election where the markets sold off prior to the election and rallied sharply thereafter.  Our thinking would lead us to believe that the market will rally regardless of the party in control of Congress.  In fact, studies have shown that markets tend to prefer gridlock and bi-partisan legislation.  The chart below shows that the markets prefer a Congress that does nothing, especially when it is out of session. 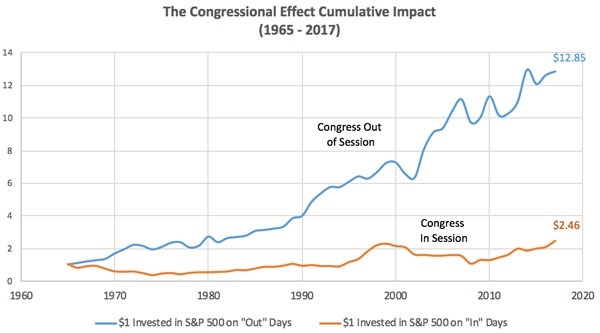 The chart below from J.P. Morgan shows you that the market reminds us that selloffs happen…twice a year.  Going back to 1980, the average drop during a calendar year is 13.8%. Each red dot shows you the maximum loss from the peak of that calendar year.  The dark bars show the actual return for that year…see how 29 of the 38 years ended positive? (The data is as of the end of the 3rd quarter.)

I’m not saying readers and clients don’t have a reason to be upset.  No one likes losing money. I’m just saying there is no good reason to panic about this.  The statistics show the smart thing to do is leave your portfolio alone.

Take stock of how you feel right now.  When the market recovers, because it will, please remember how you felt right this second.  That’s the time to think about action. At that time, figure out if you need cash over the next 12-18 months or want to be more conservative.  After the recovery, consider reducing risk or raising cash.

Financial plans use statistics and averages.  Of course, they are not perfect, but they are useful for creating a base case and adjusting as things change. The problem is that averages are made up of a distribution of individual calendar year returns over time.  It’s living through the severe individual calendar years of returns that cause investors so much pain.

The key is to let the individual calendar years, whatever they may be, collect up into the average.  That takes patience and discipline.

There is no return without risk.

Over 2008-2009, the worst financial time to hit an investor since the Great Depression, the Dow fell over 50%.  It recovered by April of 2011…total time to recover was two years.  Those who had a plan and forecasted their cash needs for 18 months probably did okay.

We ask you to focus on the long-term, while we all wake up every day living the short-term.  Please call us if you have any immediate concerns about your individual situation – we are here to listen, and if necessary we will adjust anyone’s investment strategy if his or her individual situation has changed over the last month