This article was originally published by the Wall Street Journal and can be accessed directly at:
Financial Advisor Fixes a Botched IRA 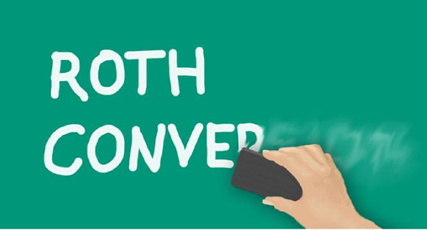 In a meeting to plot out his impending retirement, an executive with a national chemical company gave financial adviser Joe D. Franklin some troubling news: On advice from another broker, he had transferred $765,000 from his employer-sponsored 401(k) to a traditional IRA.

“I don’t know what they said to him to get him to do that, but it caused a lot of problems,” says Mr. Franklin, president of Hixson, Tenn.-based Franklin Wealth Management, which manages $190 million for 150 clients.

The biggest issue was that it conflicted with another move Mr. Franklin and his client had made earlier that year. On Mr. Franklin’s advice, the man had transferred $187,000 in post-tax contributions from his 401(k) into a traditional IRA, which they then converted to a Roth.

It was supposed to be a tax-free conversion. The client had already paid taxes on those contributions, and because he didn’t have any other IRA savings he wasn’t subject to the IRS’ pro rata rule. Under that rule, the IRS considers your total IRA assets as of Dec. 31 carry out a Roth conversion to determine your tax bill. The tax owed depends on the ratio of assets that have been taxed to those that have not.

His situation changed dramatically once the client transferred the remainder of his 401(k) into a traditional IRA. With all of his retirement assets now in IRAs, pretax dollars comprised nearly 80% of his IRA holdings. That meant the client suddenly owed more than $40,000 in taxes on his Roth conversion.

Mr. Franklin first approached his client’s employer to ask if they could undo the transfer and refund his employer-sponsored 401(k). Discovering that was impossible, he began hunting for another way to save his client from paying a hefty, and needless, tax bill.

He found the answer in a side business his client owned. First, the adviser re-characterized the $187,000 from the Roth conversion back into a traditional IRA. By doing so within the time frame prescribed by the IRS, it was as if the conversion didn’t happen.

However, the man still wanted to use those post-tax contributions to fund a Roth in the future, so Mr. Franklin took a second step that would allow him to do so. He had his client create a solo 401(k) for his other business, into which he moved the man’s pretax retirement assets from his traditional IRA.

With nothing left in the man’s IRA except post-tax contributions, he was able to convert those funds to a Roth the next year and not face a tax bill under the pro rata rule. “We were lucky he had that side business,” Mr. Franklin says. “But it just goes to show what can happen when a client goes rogue and implements advice based upon bad or incomplete information.”

The situation also is a good reminder for advisers to make sure they know their client’s complete financial picture before they make recommendations.

“If you’re a doctor and someone doesn’t want to share their entire medical history and the types of medication that may affect them, then you shouldn’t prescribe anything,” Mr. Franklin says. “You can’t be giving advice to clients based on inadequate information.”