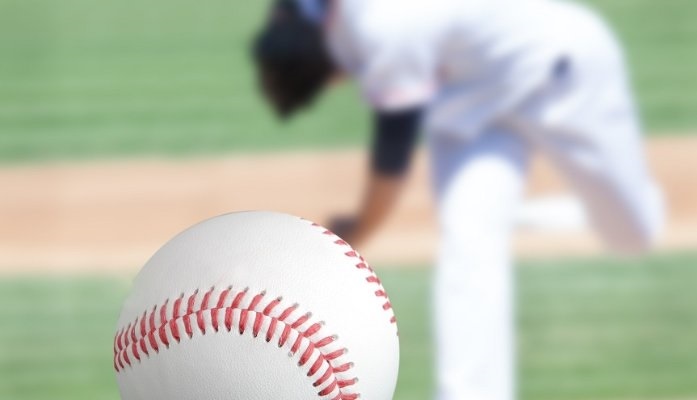 As baseball season arrives and my umpiring schedule is already starting to be booked with games, I thought it would be fun to illustrate how the game of baseball can be used in relation to investing. For example, when I’m behind the plate calling pitches, I’m looking for several pieces of information to help me determine whether a pitch is a ball or a strike. Information like where the pitch crosses the plate relative to the batter’s natural batting stance, how the catcher receives the pitch, how much of the plate

I am able to see based on where the batter stands in his box, and where the catcher sets up, all help me make my decision on calling the pitch. Just as I use the rules above to make the best call I can, the batter tries to make the best use of the information he has been given to decide if he will “swing away” or simply let the pitch pass him by.

THE SCIENCE OF HITTING

“The Science of Hitting” was a book that attracted Warren Buffet’s attention. The book was written by Ted Williams, one of the greatest baseball hitters of all times. His impact on the game, both as a player and as an inspiration to generations of hitters who followed, continues to this day. Williams combined power, patience and control to achieve 521 lifetime home runs, more walks than any other batter in his day, and a lifetime .344 batting average (which puts him at #7 all time). 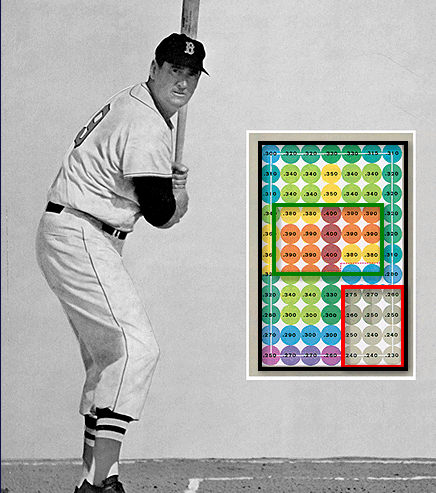 He had the intelligence of a lead-off hitter and the brawn of a power hitter; the patience of a bench warmer and the bat control of a single hitter.  His contribution to the game was to increase the waiting time to hit a perfect pitch; he said that a good hitter can hit a pitch that is over the plate three times better than a great hitter with a questionable ball in a tough spot. Williams knew, for example, that a high and inside strike pitted his weakness against the pitcher’s strength. If he consistently swung at those pitches, his batting average would suffer. A low and outside pitch, (which as we umpires like to call the “money pitch”) produced the same results – a success rate far below Williams’ lifetime batting average.  However, if Williams received a pitch in his optimum strength zone, he put all his muscle into it, knowing that he could consistently produce a higher batting average. In constructing a template for success, Williams outlined a pattern of patience. He realized that it was often better to not swing at a pitch on the edge of the strike zone rather than swing for a low average. A called strike was better than making an out. 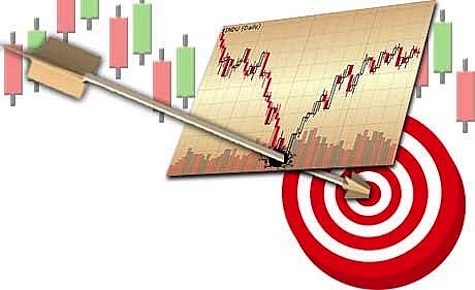 Buffet extends the same reasoning to stock picking. The stock market is like a major league pitcher who fires hundreds of pitches a day, with each pitch representing a certain stock at a certain price. As the batter, you must decide which of the hundreds of pitches to swing at, and which you will let whiz by. What distinguishes you from a baseball player, however, is that you don’t ever have to swing. The game of investing doesn’t force you to take the bat off your shoulder and swing, unlike the batter standing in the batter’s box. No umpire will “call you out.”

Buffet says, “in investments, there’s no such thing as a called strike. You can stand there at the plate and the pitcher can throw the ball right down the middle, and if it’s General Motors at $47 and you don’t know enough to decide General Motors at $47, you let it go right on by and no one’s going to call a strike. The only way you can have a strike is to swing and miss.”

Warren Buffet is a great admirer of Ted Williams and, on several occasions, has shared William’s disciplined approach with Berkshire’s holders. Williams would wait for a specific pitch (in an area of the plate where he knew he had a high probability of making contact with the ball) before swinging. It is said that this discipline enabled Williams to have a higher lifetime batting average than the average player.

LOOK AT WHAT YOU ARE HITTING

Ted Williams said, “It dumbfounded me when a batter couldn’t tell what he had hit. Bobby Doerr was like that. Doerr was a solid .280 hitter, but he’d come to the bench and I’d say, “What was the pitch?” “I dunno. Curve, I think,” even when he’d hit a home run.

It is the same in the stock market–there are different pitches that “Mr. Market” gives you. The best classification I have read of these pitches is the one by Peter Lynch in his book “One Up on Wall Street”.

According to the book, there are six categories of stocks:

If you make a large profit on any of these assets, but you don’t know which kind it is and why you did well, there is no difference between you and Bobby Doerr.  You can get the ball out of the park once in a while, but you will never understand what you are hitting.

According Ted Williams, the first rule for good hitting is to get a good pitch to hit.  It is just that simple. A good pitch to hit is a company with strong fundamentals, reasonable valuation and upward trending earnings and stock price.  Anything other than that is just a hard ball in a difficult spot, and it rarely becomes a home run.  Ted Williams physically was nothing special. He had 20-10 vision; a lot of guys can see that well. He couldn’t “see” the bat hit the ball as some people wrote, but he definitely was able to tell when a good pitch was coming.  As I mentioned earlier, he used to say “a good hitter can hit a pitch that is over the plate three times better than a great hitter with a questionable ball in a tough spot. More often than not, you hit a bad pitch in a tough spot and nothing happens”.

Warren Buffett has said, “We try to exert a Ted Williams kind of discipline.”  Swinging only at balls in his “best” cell, Ted knew would allow him to bat .400; reaching for balls in his “worst” spot, the low outside corner of the strike zone, would reduce him to .230. In other words, waiting for the fat pitch would mean a trip to the Hall of Fame; swinging indiscriminately would mean a ticket to the minors.”

OUR TEAM IS WORKING FOR YOU

At Franklin Wealth Management our goal is to sit at the plate patiently waiting for a great pitch to hit. Since investing is a no called strike game, you don’t have to swing at every pitch. You can be patient, and make recommendations to swing only at pitches you believe would be in your client’s best interest.  The times we deviate from this practice, we are sometimes successful and sometimes unsuccessful, but it always pays to wait for the fat pitch. 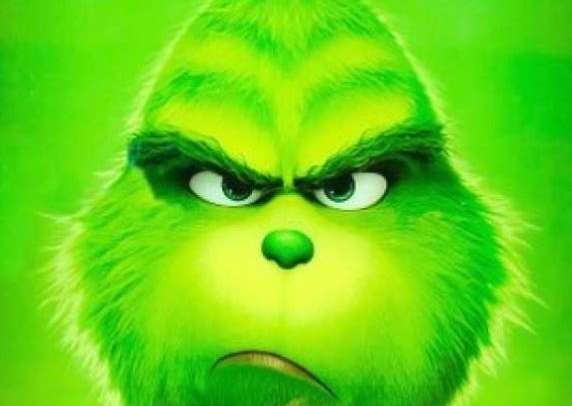 Seeing Past the Headlines