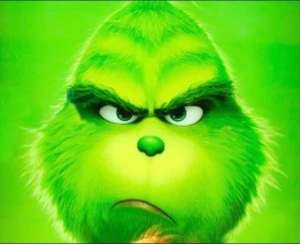 Ever since Jerome Powell took over as Chairman of the Federal Reserve, U.S. Markets have reacted shakily.  The day he took over on February 5th of this year, markets sold off dramatically and the markets suddenly changed from incredibly calm under Yellen to increadibly volatile under Powell.  Today our Federal Reserve Chair raised rates once again from 2.25% to 2.5% and noted expectations for “some further gradual increases” going forward.  With the markets as weak as they have been lately, there was talk that he may walk back some of his tightening rhetoric to allow for a measured recovery.  Many feel he did not go far enough in tempering his speech.

December is typically one of the strongest months of the year for the markets. Investors usually do not have too much new data to digest as they start shopping for loved ones instead of worrying about markets.  This year it seems we are having to fight off three largely political factors that have hampered portfolios all year. Brexit, tarriffs and rising interest rates are all concerning, but U.S. markets are finding interest rate increases the most worrisome.

One reason Mr. Powell has been so comfortable raising rates is because the economy is on solid footing and he is more worried about curbing inflation.  Increased costs due to tariffs imposed upon imported goods have contributed to some of this inflation.  Not only do investors have the potential for global slowdown impacted by tarriffs to be concerned about, but we also have higher interest rates and less money supply.  This can definitely influence consumer spending and business activity.

In our mutual fund models we reduced foreign equity exposure and increased bond exposure in late September just before this recent selloff began.  While we firmly believe in maintaining diversified portfolios which may not always look as good as the best performing index or the hottest stock, we adjust risk exposure from time to time based upon market factors.   As always, it would have been better to have a crystal ball to know in advance how bearish the investing public would become in the face of continued increasing earnings and a relatively strong economy.

News programs are feeding the selling frenzy with talk of inverted yield curves, global upheaval and the like.  Recently the yield curve became as close to inverted as it has been since 2008, but we are not there yet.  When this happens, the markets usually rally over 20% before topping out.  An inverted yield curve is a very good predictor of an upcoming recession just like falling leaves typically precede the coming of winter and potential snow.  A recession could still be over two years away even after the inversion event transpires, however.

As one pundit recently wrote:

“For the first time since 2014, investors have just experienced back-to-back quarters of GDP growth of 3.5% or higher. Yet, instead of celebrating the news, buyers have headed for the exits on Wall Street. Amid fears of Fed over-reach, looming trade wars and chaos in Washington, DC, they pulled in their horns and sold their stocks. The stock market fell 10% in October as investors forgot about the strong back-to-back quarters of growth and instead began worrying about a slowing economy and higher levels of corporate and household debt.”

Instead of being excited about record profitability, investors are worried about “peak profits” implying that profitability may decline from here.  Instead of buying the dips, this time investors are noting higher rates from CDs and other “safe” investments and are looking at these options more closely. Equities are no longer the only alternative for income with interest rates coming back up. However, many dividend yields from good companies are looking very appealing.

The last time we saw dividend yields rise this high was January 2016.  At that time we wrote “Got Milk” and detailed how we felt the “skinny cows” were still good to own and would look much better as they continued to produce milk and fattened back up.  That year was one of the best we have seen for equity income investing as our Income Model recovered nicely.

If someone feels they would sleep better taking less risk, we would recommend investors focus first on the rate of return they need to achieve their goals and if this selloff is more than they feel they can take, look to reduce risk exposure as we move back toward previous highs.  Unfortunately, many investors need to take more risk or curb spending and choose to do the former, even if it makes them more nervous than they would like to be during selloffs.

As interest rates have decreased over the last decade, we have had to further diversify portfolios to get required returns for clients.  This makes for a bumpier ride.  As rates go back up, this allows us to be able to increase the fixed income exposure to achieve these goals but rising interest rates often make for difficult periods for owning both stocks and bonds. 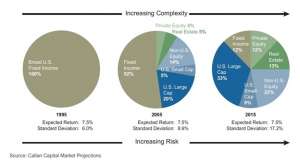 WHO IS BUYING NOW?

Another item that reminds us of early 2016 is the amount of stock buybacks and record CEO & CFO insider purchases.  CEOs as a whole are currently buying more of their own company stock than any time since January 2016 and we have to go back to 2011 to find a period where company CFOs were buying more stock.  If we look at banks and other financial companies, we have to go back over 15 years.

One of the biggest CEO insider buys in 2016 was by Jamie Dimon of JPMorgan Chase who bought 500,000 shares for $26 million in February.

On the day he bought, JPMorgan’s shares had hit a new 2016 low and were down 16.5% year-to-date thanks to the early year stock market sell off.

It was just Dimon’s third purchase of shares on the open market in the prior 12 years. He bought 500,000 shares in January 2009 during the Great Recession doom when bank shares were plunging to multi-year lows and another 500,000 in July 2012.

What did Jamie Dimon know that February?

The shares soared over 90% from that period to the highs seen earlier this year.

Its during times like these that we like to remind investors that its better to buy good companies when they go on sale.  The CEOs and CFOs who run these companies do this and we should follow their lead.  They typically know a thing or two about the companies they run. 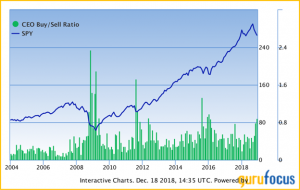 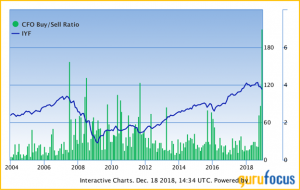 What to do in an Inflationary Recession?

Thinking Outside the Box when Gardening & Investing