What Can Nature Teach Us About the Markets

The daffodils started blooming early this year. It was unseasonably warm, and I rushed out to take pictures before the inevitable cold snap took out the blooms. It was a flash of color against an otherwise colorless backdrop and an early preview of things to come. But the blooms came too soon, and "Old Man Winter" arrived shortly to proclaim that his season was not over yet. The snows took out the premature daffodils and we had to wait a little longer for true spring to arrive.

Much like the early blooms of winter, we sometimes see early signs of recovery in a weak economic backdrop that prove premature when things take a turn for the worse. Markets can and do recover quickly, although it is not always easy to tell whether we are having an unseasonably warm winter or an early start to spring. World economies and stock markets do not follow a yearly cycle the way nature does, but each "season" manifests clear characteristics which make worthwhile study.

As most people define "bull markets", the most recent one ended in March of this year. From peak to trough, the selloff barely lasted little more than a month before "new economy" stocks started to show signs of recovery. With the mandated digitization and virtualization of world economies, investors shifted their capital to where they felt winners would be. But many factors are telling us that recent government action, while speedy and effective in the short term, may not be enough to stop the inevitable. To gain perspective, let us look at how the economic and market seasons typically progress and the corresponding challenges.

What are the Typical Characteristics of a Contraction or a Recession?

Going into the new year we were already concerned about an upcoming recession. The flat to inverted yield curve that persisted throughout 2019 told us that an upcoming recession, while not certain, was highly probable. We felt this was most likely to have little effect until after the presidential election, however. The global pandemic pushed us right off the cliff in the first half of this year and many areas of the economy have still not started to recover.

Recessions can be considered the winter of world economies and markets. Periods that best showcased these characteristics were the 1970s and much of the 2000s. Contractions and recessions give us decreasing to negative growth in the economy during the time they take hold. We have recently seen one of the worst historical drops in gross domestic product in the second quarter of 2020, but the markets are not acting as they typically do in these circumstances.

Most recessions showcase rising inflation and a weak dollar. These recessions are usually more localized where we have strength in other economies but weakness at home. This time around, most countries were affected by the pandemic, but China and other Asian countries look like they are recovering sooner, and the markets are proving more resilient in these emerging Asian countries. 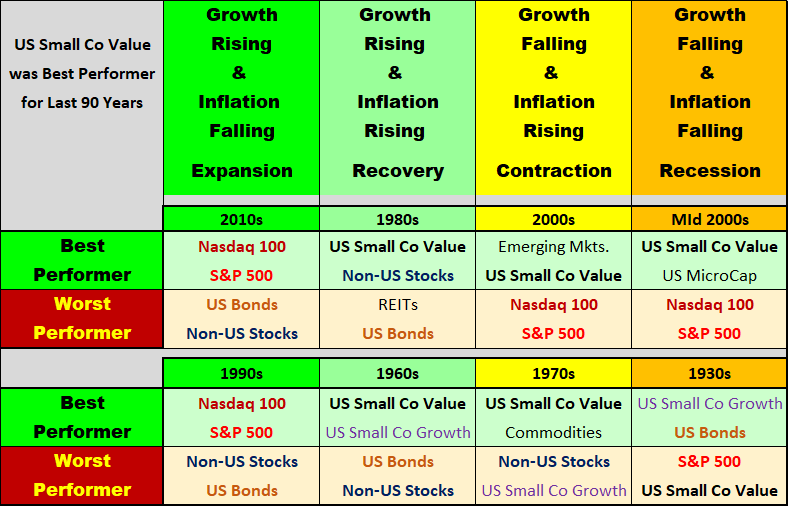 Jennifer and I celebrate our anniversary in January each year. This year we decided we would take a trip south to the islands. I typically surprise her with our destination at Christmas time, and she loves to spend time on the beach, with nature and our underwater friends. We were able to experience the sun in Roatan this year with more abundant blooms outside the country where winter did not have a firm hold.

Winter is a good time to travel south to experience more of nature's beauty. Similarly, investing in overseas companies allow us to experience stronger growth if the U.S. is going through tough times while other country's economies are still expanding.

During winter months not all plants are without color or blooms. Evergreens stand out, camelias come into bloom, and toward the end we get early blooms from heather, daffodils, and crocuses. Likewise, during market winters, we can invest in non-US companies, smaller & value-oriented companies, gold, commodities, and inflation protected bonds and still do relatively well in these environments. Currently, gold and emerging markets are performing well but none of these other investments are acting as if we are in or going into a recession. With the exception of strong relative emerging market and precious metals performance, it does not seem like we are experiencing winter for the U.S. markets yet.

Either the markets are anticipating a quick recovery, or the government action has done a remarkable job of giving the economy and markets a shot in the arm. Many are fond of telling us, "Don't fight the Fed". In general, when the government is reducing interest rates and buying assets aggressively, the markets respond favorably. This has been the case over the last few months, but eventually even the government is going to start running out of stimulus measures. We should all be hopeful that world economies are back on track when this happens. 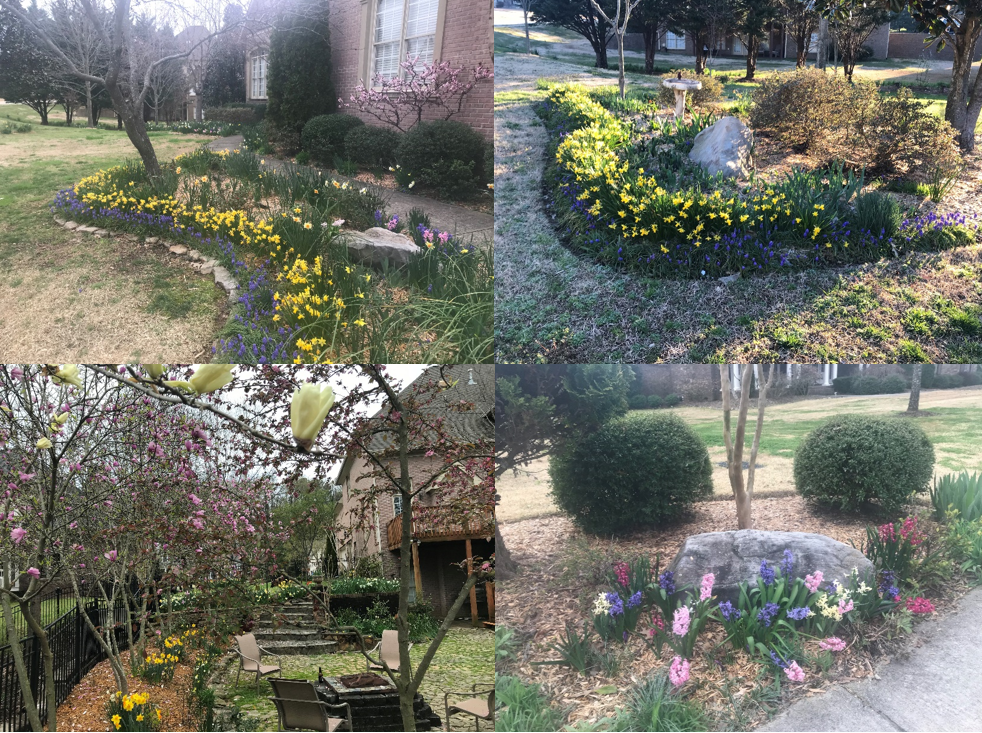 What are the Signs of a Recovery?

Early on in an economic or market recovery we typically experience increasing inflation and a weak dollar. Economic growth becomes evident in many areas as well.  Early spring gives us daffodils, hyacinths, magnolia blooms and cherry blossoms. During the beginnings of recovery or "springtime" for the markets, smaller value-oriented companies tend to outperform all else and investor optimism is typically at its lowest.

Many would think that markets would be acting as if we were in a recovery period after the deep painful selloff of March 2020. This is clearly not the case considering the wrong types of investments are attracting the most capital.  This would possibly lead us to believe that we are not truly in a recovery period, but in a period more in line with the late stages of an expansion period that was interrupted by a nasty cold shock. 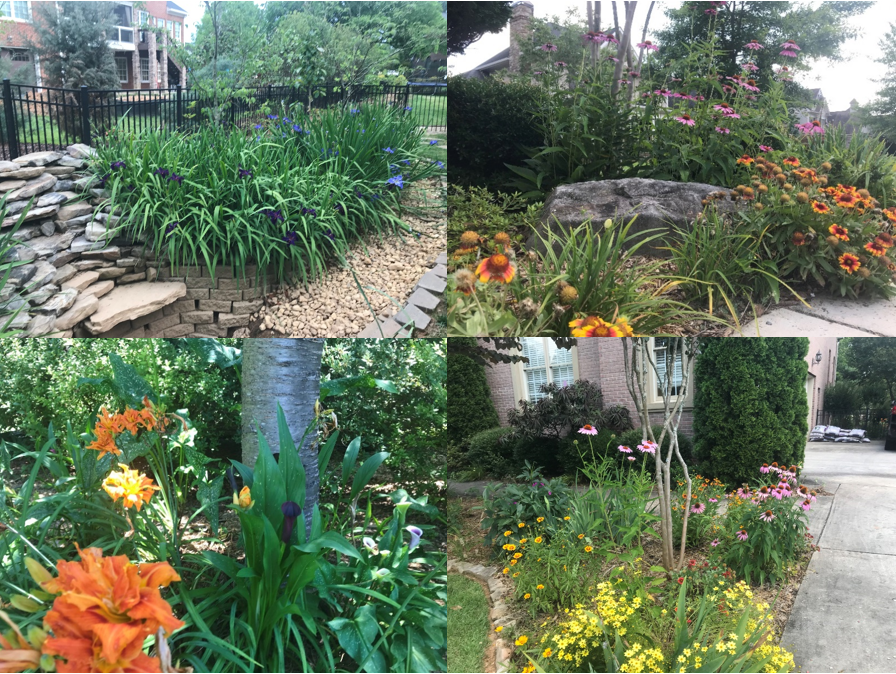 Where Are We Now in the Economic and Market Cycle?

Investor Optimism continues to persist despite the pandemic. Over the last two years, capital has increasingly flowed into the technology laden Nasdaq as investors have abandoned other areas of the markets. Quality companies and large growth stocks tend to perform best toward the end of bull markets but not during bear markets. The markets are acting as if this is the end of a "Long Summer" rather than the beginning of a recovery period.

Markets can continue to climb in the face of slowing economic growth and early warning signs. In 1998 the yield curve anticipated a slowdown in the economy, but the Y2K scare and the dot.com mania encouraged rampant technology spending and an overheated Nasdaq. We may be experiencing much of the same today with the world going digital and meeting people face to face becoming a thing of the past. When does the clock strike 000.00 this time around?

For many it seems Coronavirus has heralded a new era of prosperity for the "new economy" where everyone works from home, videoconferences, buys online and has everything delivered. Never before have we seen such a divergence between growth and value styles of investing and the Nasdaq has not outperformed to this degree since 1999. 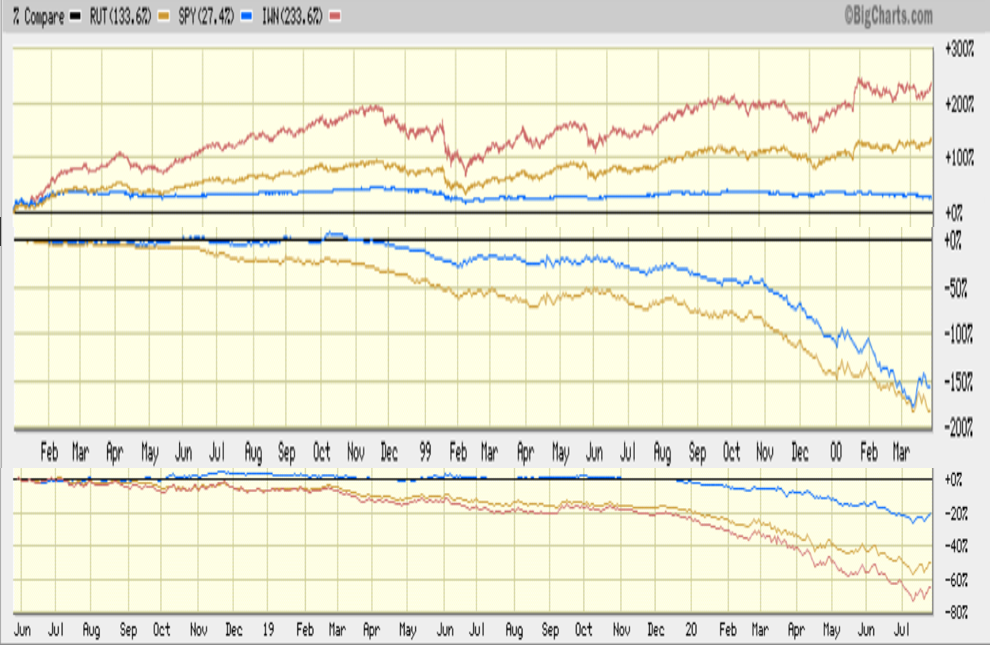 Investor optimism has continued to increase throughout this latest bull market. A "bubble" seems to have formed in the virtual world dominated by the Nasdaq. Meanwhile CEOs and insiders are waiting to see how the Coronavirus impacts the companies they run and institutional investors are sitting on cash.

For us and our clients we continue to reduce our positions in those holdings that are less liquid and might be harder to unwind when the "bubble" pops. We currently own a greater percentage of large companies and growth companies than any time since 1999. However, we feel we need to be cautious. We want to be nimble as we look to diversify if the market recovery spreads to other areas or transition to cash and bonds if we encounter another downturn.

Do we want to become traders and abandon long-term strategic investment processes? To the contrary, we continue to look for investments in quality companies that offer compelling value where the trends are moving in our favor. Like many others, we feel that long term investment in the "hottest" areas would be foolish.

How Do We Prepare for Another Panic or Recession?

If what is happening in the markets concerns you, it may be time to reduce your risk exposure to a lower level. As the markets have continued to advance, we have continued to advise caution.  As blooms begin to fade and foliage begins to die, we can still appreciate the color of autumn.  Likewise, with a diversified portfolio, certain holdings will protect from market downturns and potentially increase in value.

At the beginning of a panic, the markets tend to anticipate negative earnings growth and deflation.  Long term treasury bonds and precious metals (especially gold) become more valuable as investors shift to "quality" investments that hold their value.  These periods include the early 2000s, 2008 and March of 2020.  Seen as a safe haven, the dollar also has a tendency to get stronger during worldwide panics.

Again, this leads us to believe that many investors are still acting as if we are at the tail end of a bull market and not heading into a recession in spite of weak job numbers, poor gross domestic product growth numbers and the like.  Keeping in mind that world economies and markets act according to their own seasons, we believe that what seems like the tail end of summer will eventually lead to fall and winter.

For more about the nature of the economic seasons and markets, please feel free to tune into our webinar next week.

Topics to be covered:

* Good, Bad & Ugly for the economy and the markets going forward
* Opportunities arising from Secure Act and Cares Act Tax Legislation
* New Fee Only Offerings from Franklin Wealth
* What to Watch for and How to Prepare Before and After the Election

Register in advance for this webinar:

After registering, you will receive a confirmation email containing information about joining the webinar.