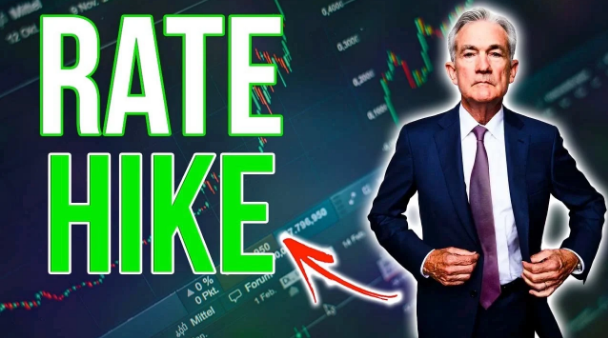 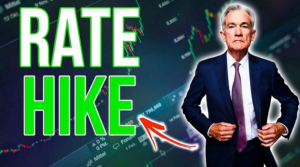 ROLLING BACK THE CLOCK TO 2008

Almost fifteen years ago, we moved into the home where we live now.  Our middle son Jack had just joined the family and I remember Sydney enjoying the echoes when we walked through the unfinished rooms.  At the time I thought we had found a good bargain.  The real estate market had become somewhat depressed in early 2008.  As our builder was unable to finish the home when we found it, we had the opportunity to finish out the home how we wished.  Jennifer designed the kitchen and our master bathroom, and I had taken out a construction loan to finish out the unfinished basement, the deck and the landscaping.

Our plans soon changed when Lehman Brothers collapsed and the writing on the wall soon surfaced for mortgage securities, Fannie Mae and Freddie Mac.  We obtained “permanent” financing as soon as possible and we finished everything out with cash on hand.  The markets got even more scarry soon thereafter, but those who were able to shift to treasuries and CDs were more protected.

WHAT A DIFFERENCE A YEAR MAKES

Meeting with a long-term client last week, we reminisced over the bond rates we used to find for her.  I showed her how her portfolio had changed over time from over two thirds invested in tax-free bonds to less than 20 percent.  Until recently bond investments made little sense with interest rates below the inflation rate.  Now this is starting to change.  We’re making plans with clients to reposition portfolios to be more like they were a decade or two ago when investors were compensated for investing in bonds and before equity valuations grew frothy with little to no alternatives.

“I remember a time when someone could own a portfolio of CDs and government bonds and reasonably expect to earn enough income to provide for all expenses.  While these days are not necessarily gone, an investor needs to have accumulated two to three times as much (not accounting for inflation) to be able to draw the same amount income from a similar portfolio today.  To achieve the same returns, it has become necessary to take more risk than it did ten, twenty or thirty years ago.

As can be seen from the chart below, in 1995 a portfolio earning 7.5% could be comprised entirely of US bonds.  However, over the last 20 years, to achieve comparable returns outside of expense riddled, overprescribed insurance products, investors have been required to triple the level of risk in their portfolios.  Those who cannot stomach these downturns have been forced to temper their standard of living expectations.”

In December 2008, the Federal Reserve lowered interest rates to the lowest levels we had seen since the 1940s after raising the prime rate to 8.25% in 2006. Long term treasury rates had also peaked at 5.44% in 2007 before bottoming at 2.53% as the Fed pulled out all the stops to cut rates and stimulate.

Many thought interest rates would never go this low again, but we saw it again in 2020.  The Federal Reserve lowered to near zero levels again with long term treasury rates under one percent.

Interest rates are not yet at 2007 levels.  Mr. Powell would have to hike another 1.25% for short term rates to reach these levels.   Short-term rates are currently less than 0.25% away from the 2007 levels prior to rates peaking in July of 2007.  Not many people expected rates to rise 10x this year.  This may be the worst year for bonds in over 100 years, but this also potentially setting up the best year for bonds in quite some time. 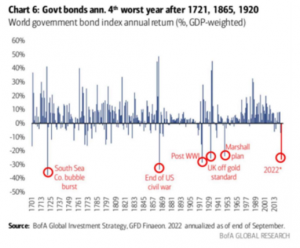 Why is it that bond prices decline so much when interest rates move from 0.5% to 5%?  Why would we be excited to own bonds now after such a terrible year?  Bond yields may soon be peaking at yields close to former 2007-2008 peak levels.  We are already at non-peak 2007-2008 rate levels and with recent inflation CPI figures growing at only 0.1% month to month we are now at the 6-month annualized levels we were anticipating a few weeks back.  There is little reason for the Fed to continue increasing interest rates after inflation drops below these rates.

In our recent article, “How the Midterm Election May Impact Inflation and Interest Rates” (link included) we touched on many of these items and much of what we were anticipating a few weeks ago has already come to pass.

With one-year treasuries now paying 4.7% and some CDs paying over 5% let’s take a look at how rising and declining interest rates may impact CDs and bonds at these levels.

As can be seen above, a CD or bond that pays interest semi-annually will have paid 4.7% by the end of the year and the price of the CD or bond does not change.  It is issued at $1000 and matures at $1000.  A CD or bond without an interest payment is discounted at 4.7% (or slightly more) to give us a starting price with the maturity value also $1000 per CD or bond.  Even though longer-term bonds are paying less currently, you can see that the discount is greater for a longer-term bond without interest payments due the longer period until maturity.

If rates increase to 5.5%, new CDs and bonds are still issued at $1000 and mature at $1000.  However, investors are typically not willing to pay as much for CDs and bonds paying 4.7% if interest rates move up to 5.5%.  Much like the bond without interest, a bond or CD with less interest will also be discounted at the prevailing interest rate (5.5%).  The difference is roughly $700 for the 4.7% CD or bond a slightly higher percentage for the CD or bond without interest payments.

Likewise, if interest rates decrease suddenly, a higher interest rate will be discounted more slowly and prices for even one-year bonds could increase by over four percent, even for CDs and bonds with a year left until maturity.

WHY ARE STOCKS GETTING EXPENSIVE RELATIVE TO BONDS?

Over time, earnings yields are typically higher than treasury yields because investors require more return for the extra level of risk. This narrative changes if interest rates are exceedingly low or investors are assuming higher growth rates from stock investments.  Ten-year treasury rates were at 3.1% at the end of September.  Today these rates are at 3.6%.  When these rates exceed the 4.5% equity yield, why would someone want to own equities over treasury bonds?

If we expect earnings to grow at a fast clip for the foreseeable future, we will want to own stocks over bonds, even when treasury yields surpass the S&P earnings yield.  The six-month treasury yield at 4.78% already exceeds the 4.5% third quarter earnings yield.  The 10-year yield is not there yet, but history has shown that when the short end of the yield curve pays more than the longer end, this usually precedes an economic slowdown.  Getting a higher rate from CDs and bonds is definitely more attractive if we assume future earnings will be not growing or possibly declining.

We don’t know if we have reached peak yields yet, but the air is cooler and harder to breathe at these levels.  It may not be the best time to invest in bonds and CDs yet, but we see the peak in yields soon.  For more on how to set up a strategy to benefit from current rates even if they continue to rise feel free to read our recent article on “Income Harvesting versus Reverse Dollar Cost Averaging.”
As always, we welcome your questions and feedback if you wish to email or call. 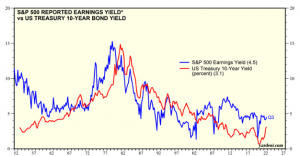 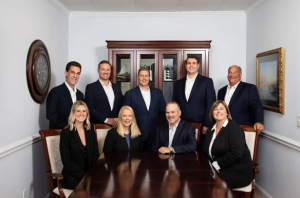 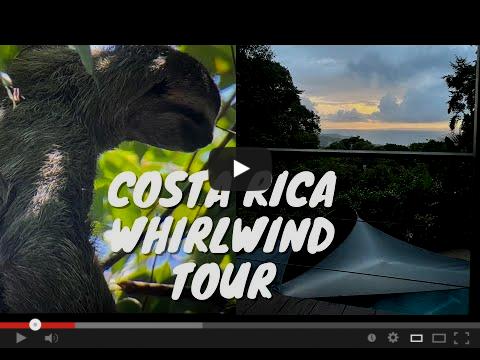 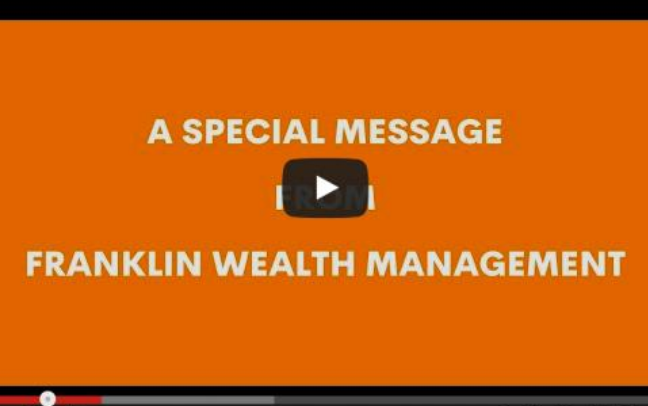